The world in your palm is no longer just a grandma’s story, but an actual fact. Thanks to the proliferation of technology and the advent of handheld devices such as smartphones, and tablets, the world is indeed in the palm of everyone’s hand! In the United State of America too, according to various statistical analyses and figures, you can see a large growth in the numbers of people using mobile phones. But handheld devices have far outgrown their primary function of being a mode of communication or connectivity between people using their voice. Today, these devices are the basis of communication between people across the globe via a host of media – physical, social, and virtual! 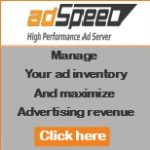 It is interesting to note that the increasing connectivity across the world is also augmented by the unprecedented growth of the World Wide Web or what we popularly call the Internet. It is thanks to the internet that we can catch up with friends and family who live thousands of miles away, on the other side of the world. In fact, not just for personal reasons, it is owing to the Internet that we can forge beneficial work connections across the globe. And since time zones are often completely opposite, it is thanks to the enhance connectivity via mobile usage that people can ensure seamless work patterns. People in the USA have rapidly adopted usage of the mobile devices for their personal and professional needs.

Personal mobile internet usage is vast and varied, with different people using the same for different requirements. The most common reason to use mobile internet in the USA is for social reasons, the means of doing so are manifold. On the one hand you have personal connectors such as messaging services and WhatsApp, which promise instant connectivity. On the other hand you have the extended web of social media – Facebook, Instagram, Pinterest, Foursquare, Twitter, the list goes on. Then, comes the various means of instant gratification in times when people seem to be busy all the time –Uber to help you sort out your transportation issues, Seamless or GrubHub to feed you when you crave something special, Amazon for online purchasing of household items, purchasing exercise equipment or even clothes. You name it and you’ll get it; courtesy mobile internet via your handheld device!

The digital revolution has overtaken the world, and disruption has become the norm. At such an age and time, it comes as no surprise that eMarketer forecast that over 40 million users across the United States will go online exclusively via mobile device in 2017 and the number could reach up to 52.3 million in 2021! It is decidedly an interesting time for mobile companies across the world as well as internet service providers, especially given the rate at which the mobile internet usage has grown in the USA. Looking back it seems only yesterday that the iPhone made an entry in 2007 and just over a decade later, smartphones are to be found with everyone! The world in your palm, as grandma used to say!

View all posts by Dave →